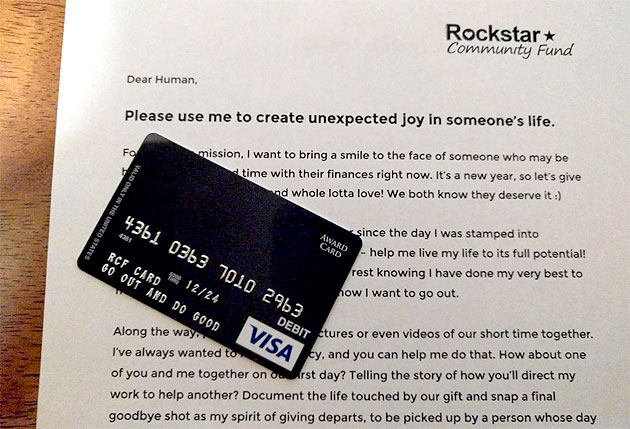 Total #GivingCards Sent Out: 30
Total Financial GOOD Done From Cards: $1,620 and rising!
See All Stories Shared This Month: RCF Forum: A Financial Boost
Other Project Results This Month: Jump to bottom of page

Mission #2 Featured Stories:
This was a rough month for card logistics, guys. Long story short, we had a major problem with a trusted helper that took us virtually the entire month to resolve. Ultimately we did get it fixed, but we want you to be aware that the majority of the #GivingCards results for January are going to be coming in at the end of February (along with actual February’s cards), so check back for more then. In the meantime, I can tell you that our cards made it all the way around the world again this month, up to the Netherlands, and down to Australia! And we had our first example of a complete stranger seeing the GC results and doing their own thing to give back. It was a copycat act of charity (which we love)!

And now, on to the results, starting with Australia…
(Remember we’ll have a lot more coming soon!)

From: HernandezPrime
Forum Post: Mission #2: Give a Financial Boost to Someone Struggling

So, #givingcards has reached Australian shores! I wanted to give it to one of the many homeless people here in Sydney. We have a problem with the cost of housing and with full time employment for people with little education, so there are quite a few people lining the streets and stations of the city with nowhere to live. Yesterday afternoon I caught a train into the city to meet some friends for dinner. I had my $26 in case I met someone along the way. As I walked towards my tunnel, I heard a loud electric guitar from up on the street playing some Lynyrd Skynyrd. I turned around and walked up to the street, where I found a man playing a beat up guitar through a tiny amp. He had two cattle dogs with him, and it looked like he hadn’t had a good life recently. He was missing a fair few teeth, he was pretty thin, and he had nothing but a sheet of cardboard under him and his little money tin.

I walked up to him and watched him play a bit. He wasn’t good, but he was giving it a go at least. I caught his eye and he stopped playing. I told him that I was part of this group and that I had $26 I wanted to give to him. At first, he was like a deer in headlights. He was a bit shocked I guess, he only had about $5 in his tin. I put the money in, and then I said there was a catch: he had to take a photo with me. He smiled his massive, toothless grin and said no worries. I tried a selfie and failed, so I asked someone else to take a photo.

At the end, he picked the $20 out of the tin, turned to me and said “This is a massive help, thank you so so much mate” and we fist bumped :stuck_out_tongue: His grin never left his face, and then a grin didn’t leave mine for the rest of the night. I didn’t know it would feel that good. I’ve attached the photo for everyone :slight_smile:

Finally, thank you so much everyone. You are all inspirational and I feel so lucky to be able to be part of this community. I read a lot of your blogs, and it’s a pleasure to be able to get involved with people such as yourselves. 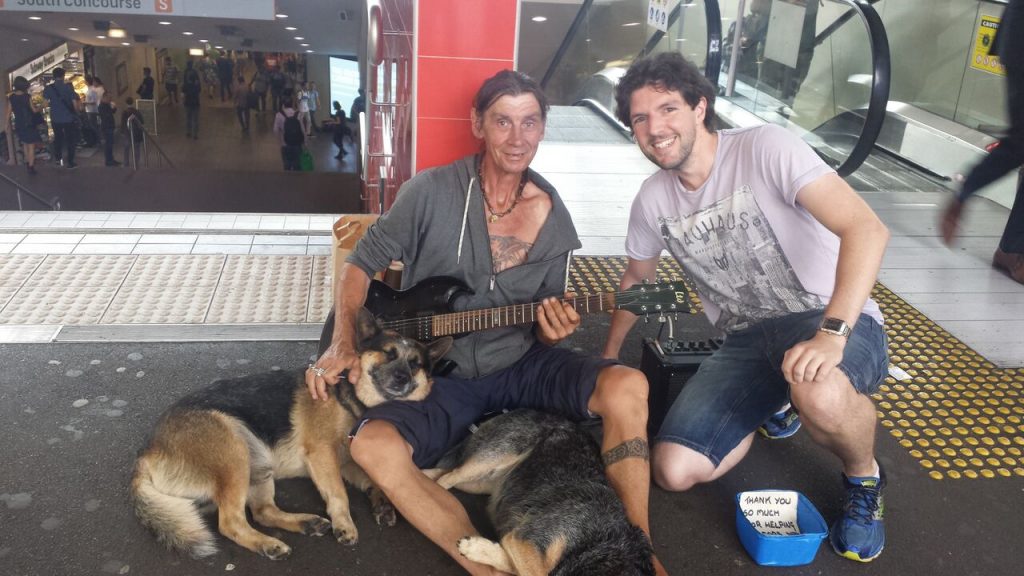 From: Sarah @ This Mom’s Wired
Forum Post: Mission #2: Give a Financial Boost to Someone Struggling

Remember how Sarah mobilized her friends and turned her little $20 #GivingCard into over $300 for middle-school kids’ lunches last month? Well, this month an anonymous family in the next town over donated $1,000 to pay off lunch debts for 75 high school kids! This is SO cool, guys – the work that we’re all doing together is getting noticed (and repeated) by others! The GOOD is spreading, friends . . . so very proud of this team :) 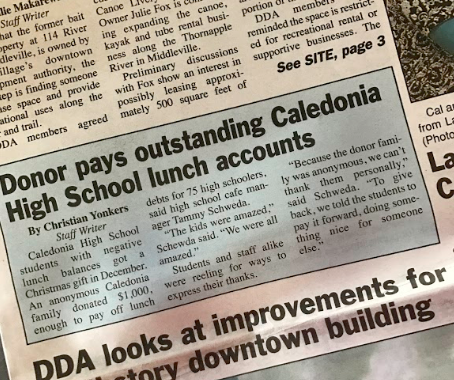 From: Independent Hoosier
Blog Post: The RCF & Giving Back To A Young Man Who Makes Batman Proud

I am excited to say that this is the first, of hopefully many, Rockstar Community Fund oriented posts!

I have to say thank you to all the bloggers in the FIRE world who have influenced and created such an amazing community to be part of. Any doubts of whether blogging was what I wanted to do or not have definitely been eased and you all do nothing but continue to motivate me.

Andrew works for my father at the recycling center located in my hometown. I have written a previous post on my site about recycling in the Midwest, and I am all for anyone who can bring more recycling awareness to the small towns in the Midwest (or anywhere for that matter). So needless to say, I was instantly intrigued.

However, it continues to get better. After I spoke with my father more about Andrew he pointed out a few great things out about him

Andrew works about 11 hours a week at two different recycling centers in my home county. Not only that, he volunteered his own time at the recycling centers for free, prior to being hired part-time…for an entire year!

My father continued to state this 22-year-old young man is a “helluva worker” and is a great employee.

So, after we had determined Andrew’s work schedule and the best place to meet him, I was in for another surprise – my father stated he would match my $20 with his own (I do not plan on using any of the #Givingcards, as awesome as they are, as I hope that someone else on here may use my $20 monthly donation to help out). So now, Andrew was getting $40! Hell yes.

I had to ask him about his volunteerism at the recycling center and why he chose to volunteer so much time to recycle.

He stated simply that he enjoyed meeting all the people that came through, and he enjoyed making the world a cleaner place to live. He even brings his own boxes of recyclables when he comes to work.

After hearing this, I told him that I had something for him. At this point, Andrew still had no idea what was going on and gave me a really weird look.

I smiled, reached in my pocket, and pulled out the $40 in cash and handed it to him. Before he could speak, I told him that I was part of a great community helping people out all across the world and that we wanted to help him out with a little something, too.

Needless to say, he was pretty excited! He said that $40 was a lot of money and that he was not sure what he would spend it on. I told him that it was now his money and that he could do whatever he wanted with it

I don’t think Andrew understood the feeling that he conveyed from me on Saturday. I know as a writer (even an amateur one) that I should be able to put it in words, but I do not believe I can. Simply amazing. It is great to help people out and even better to help them out directly.

I plan on helping more people out throughout the year (we have some pretty big plans for a family in the upcoming months).

I want to thank you all for allowing me to be in such a great community of people. You inspire me. When I am not sure about this blogging venture I have taken upon, it is the people and the ideas like the Rockstar Community Fund that make me realize what great people are still out there.

You all are amazing. 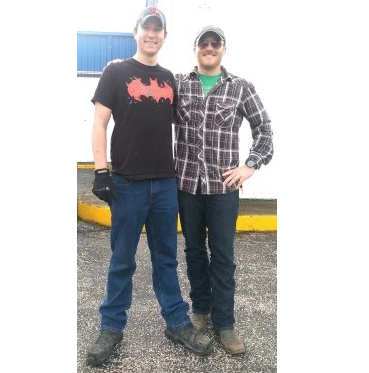 I had a huge coincidence when my giving card arrived the other day. Earlier that same day, I had received an e-mail from my middle sons school. Over the weekend, two of the students (a kindergartner and a first grader) had their house burn down. Fortunately all the people were OK, but it was a total loss. The community is banding together to get them clothing, food, and the e-mail request was for…gift cards to be dropped off at school. And guess what was waiting for me in the mailbox when I got home?

I immediately knew this must be where the giving card wanted to go. So I sent my son into his school office yesterday with not only the giving card, but also a restaurant gift card we had received as a gift but weren’t going to use. I’m sure after having your house burn down, you could use a good meal out.

Thanks to the Rockstar community this family – who had 9 people living in the house – will be able to get some necessities and rebuild their lives. 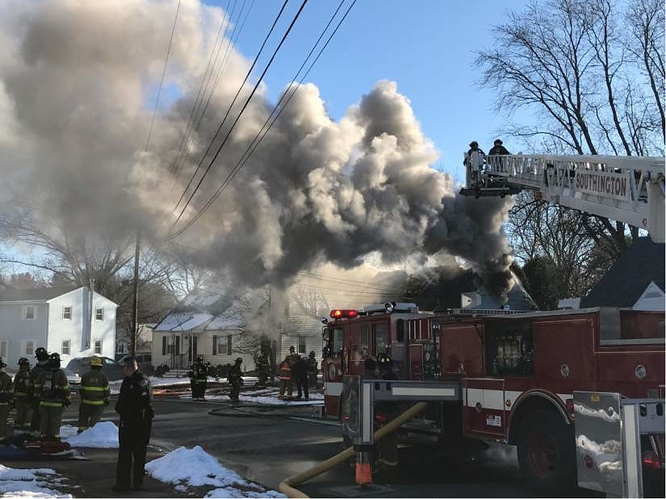 Other Project Results This Month

“I don’t think Andrew understood the feeling that he conveyed from me on Saturday. I know as a writer (even an amateur one) that I should be able to put it in words, but I do not believe I can. Simply amazing. It is great to help people out and even better to help them out directly.

I plan on helping more people out throughout the year (we have some pretty big plans for a family in the upcoming months).

I want to thank you all of the FIRE bloggers for allowing me to be in such a great community of people. You inspire me. When I am not sure about this blogging venture I have taken upon, it is the people and the ideas like the Rockstar Community Fund that make me realize what great people are still out there.

You all are amazing.

“My friend came back to talk for another 15 minutes with me. I think just talking one-on-one for awhile was possibly more rewarding to him than the money. Then, get this – he said, “How can I help out with what you guys are doing? I’ve been wanting more positive stuff in my life and this is just amazing.”

This is when you know you’ve given it to the right person. When THEY need it more than anyone else, but one of their first thoughts is about how they can pay it forward… man… my heart!

Can I just quit all my work and just give out these cards all day long???” – J. Money

We’d like to thank you all so very much for joining us in giving back, and remind you that you can check out a ton more stories and conversations shared during January here in the forum: RCF Forum: January 2017

And of course if you’d like to join us in making this project more amazing every month, we have a few different ways you can get involved: Give Back With Us

See you next month!